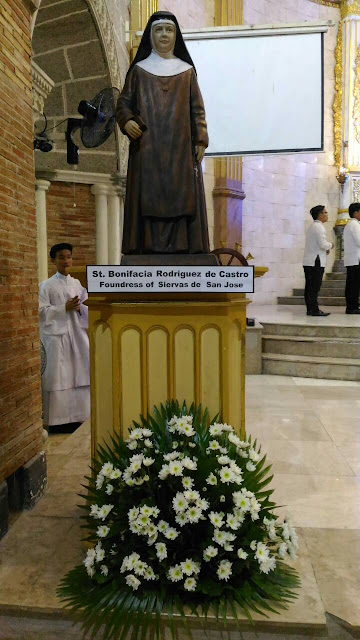 The Siervas de San Jose has been in Rosario, Cavite for more than 10 years. The sisters assigned there have been doing their best so that our dearest mother, Bonifacia, would be known and loved by the people in Rosario, Cavite, which is truly a place of poor workers. They also wished that the image of Bonifacia could be installed in their parish so that the people could always be reminded of her presence and eventually would come to know her and consider her as their saint because like them she is also a worker.
On October 21, 2018, their wish became a reality. The statue of Bonifacia was installed during the 5:30PM mass where a lot of parishioners were present. Just before the mass, a PowerPoint presentation about Bonifacia prepared by Sr. Maria was projected and read by her. READ MORE
Attachments